The extraordinary thing about our relationship with dogs is the effect it’s had on their genetic makeup. Ever wanting to please their humans, dogs have studied our behaviour and facial expressions for some 33,000 years and as a result, developed some interesting ticks and quirks like those irresistible puppy dog eyes.

Where did you get those puppy dog eyes?

Following this evolutionary path, scientists out of Duke University, Durham, NC have found physiological changes in a dog’s face responsible for those puppy dog eyes. It seems living with humans have helped dogs adopt some of our cute facial expressions and the underlying muscles to achieve such physiognomy.

Researchers have studied canine facial expressions for years and documented evolutionary changes that break away from the ancestral wolf. In 2013, lead researcher Juliane Kaminski recorded the facial expressions of the dogs at a shelter meeting visitors for the first time. Kaminski noted how the dogs used the puppy dog look when approached and how it increased their chances of being adopted. It’s almost as if dogs know we can’t resist those soulful, yearning eyes.

In a later study in 2017, Kaminski went on to discover that dogs are more likely to use this expression when we make eye contact with them. They’ve learned what an effective tool this expression can be in communicating with humans, and how it usually leads to good things like chin rubs and kind words.

So how has this affected a dog’s physiological makeup?

Kaminski wanted to take a closer look under the skin to see if this evolutionary facial expression had affected the muscles and shape of a dog’s face over the years. Working on several canine specimens donated to science after natural deaths, Kaminski set to work on dissecting a Labrador retriever, a bloodhound, a Siberian husky, a German shepherd, a Chihuahua, and a mixed breed dog, together with four wild grey wolves.

What Kaminski found was a difference in the musculature around the eyes of the dogs compared to the wolves. Dogs had a significantly developed levator anguli oculi medialis muscle (LAOM), whereas wolves had none. Similarly in the case of the husky, a breed most like its ancestor the wolf, this ocular muscle wasn’t developed or present enough to be noticeable. I guess huskies aren’t very good at giving puppy dog eyes. 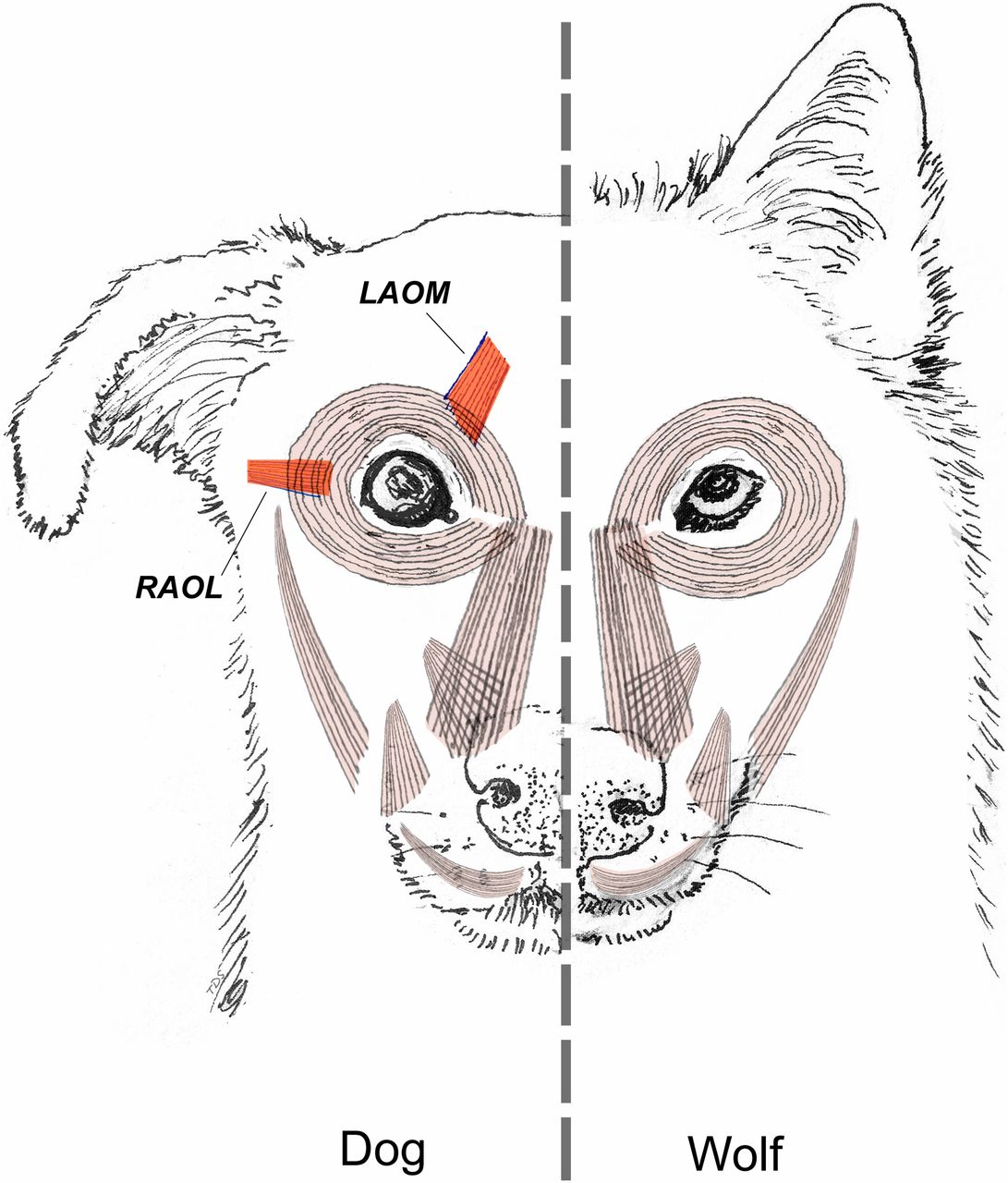 How the evolution of this canine facial muscle anatomy came about Kaminski believes, is due to the success of those dogs at the shelter who stood a better chance of getting adopted. More often than not, this facial expression wins the hearts of humans and these dogs survive to continue the lineage of mutts with puppy dog eyes.

Photo by MTSOFan ~ Lulu on Sadie